The Wisconsin Honey Producers Association has historically said to have been established in 1878. However, research has shown that it was established earlier, perhaps as early as 1864. It was initially named the Wisconsin Beekeepers Association, however, the name was changed to the Wisconsin Honey Producers Association in 1965. It was initially formed to be a resource for beekeepers and be an advocate for beekeepers in Wisconsin. The organization today still embraces these goals and additionally works to educate the public about the beekeeping industry.

It is interesting to note that one of the first major actions of the organization was the preparation of a bill to be submitted to the legislature to create an apiary inspection program, the 1st such initiative in nation. This initiative was started in 1895. Being proactive in the legislative area still remains one of the association’s objectives, the most recent being working with the legislature to establish a standard of identity for honey and creation of the Wisconsin Certified Honey program. The association has for years been instrumental in promoting beekeeping research by donation funds to nationally recognized researchers at the University of Minnesota and the University of Nebraska. Recently funds have also been donated to a newly formed research group at the University of Wisconsin- River Falls.​

In the 1950’s the first honey queen program in the nation was founded in Wisconsin by the association. The program, which has now grown to a nationwide program, continues to be an outstanding way of promoting and education the public about the beekeeping industry by doing promotions and public relations in schools, civic groups and the news media.

A much more detailed history of the association and beekeeping in Wisconsin is available in the publication “History of Wisconsin’s Beekeeping and Honey Industry” by Walter L. Gomjerac published in 1995. 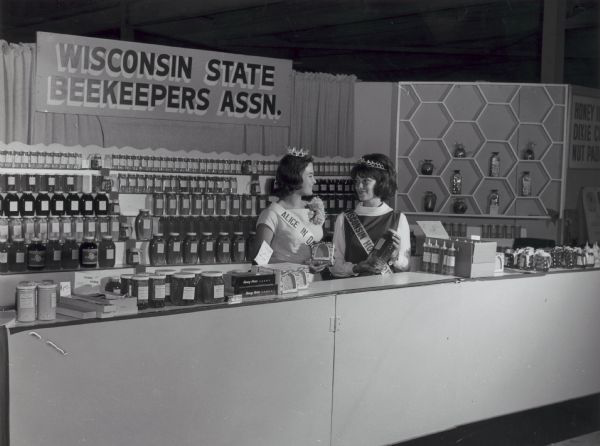 We welcome all beekeepers and people interested in beekeeping to join the Wisconsin Honey Producers Association!